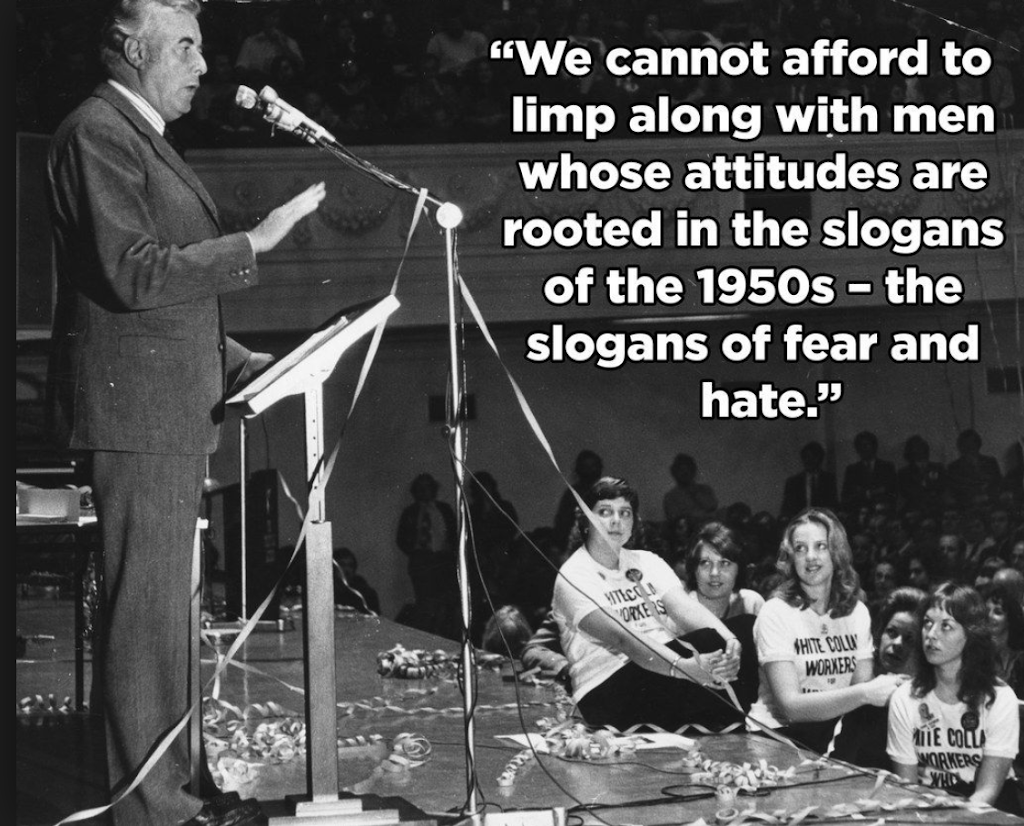 Somebody asked me on Sunday how I felt because ‘I lost’ when the coalition won on Saturday night.

Let me be clear about something.

I didn’t lose anything.

I’m a white, middle class, female in a heterosexual relationship. I have two daughters, both my husband and I have jobs, we have access to healthcare, education and all the other stuff that makes life relatively easy in a first world country.

The only way I could possibly be better off is to be male.  And a lottery win would be nice.

Let me repeat this because I think it’s really important – I didn’t lose anything.

I didn’t vote to improve anything for me or my family. We are already sitting pretty because of the system – by and large, the system works for us.

I am heartbroken and devastated because maintaining the status quo might be good for the economy but it’s devastating for us as a society.

I’ll be honest – I don’t understand how we can say we don’t ‘like’ Bill Shorten and yet vote in Dutton, Christensen and Joyce. I don’t understand how we can vote in a government that has repeatedly demonstrated it’s unreliability, traded in cruelty, trashed our economy, had us formally recognised as a country that consistently violates human rights.

I don’t understand how people can say they don’t want to pay taxes. That’s what you do, that’s how a functioning society works – that is what pays for our roads, our politicians, our art, our culture, our healthcare, our defence forces, all the bits that we like to complain about when they are not working efficiently. Which they can only do if we pay taxes.

I don’t understand how so many of the parties on the voting slip were so blatantly racist or focussed on only one issue and we somehow thought that was okay. I don’t know how Queenslanders voted for the companies that are going to destroy that which they are most famous for – beaches, great barrier reef, rainforests.

I don’t understand a lot.  And not because I don’t try. I’ve travelled, I’ve volunteered, I’ve talked to people whose views and experiences are comprehensively different to mine. I read far beyond my comfort zone, I researched every single party before I voted and that included reading a lot of policies that made me feel sick.

I really really wanted Labor to win over the Coalition. I did. I’m not going to deny that. I liked that they played a steady game and told us what they were going to do. I didn’t agree with all of it. I never will. Because a government should be working towards what is best for the whole, not the individuals. Truth is, it’s been a long time since that happened – so maybe we’ve forgotten how to live in a country whose government is about governing and not about personal power.

I didn’t vote for change because I need it. I voted for change because I can see that Australia needs it. We need to be better at caring for the environment, for refugees, our elderly, our Indigenous Australians, our children, our women, our queer folk, our farmers, our businesses… for everybody and everything basically. 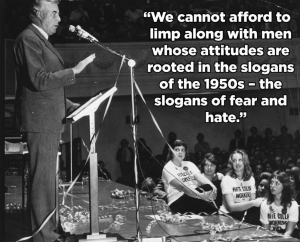 Gough Whitlam summed it up in a piece he wrote for the London Daily Telegraph in 1989 when he said “The punters know that the horse named Morality rarely gets past the post, whereas the nag named Self-interest always runs a good race.”

Change does not have to wait for a change of government. If we continue to speak for those who are voiceless, or have lost heart, if we maintain the rage on behalf of those who have been beaten down, if we enthusiastically campaign and advocate for change, if we believe we can – anything, anything is possible.

ScoMo need not be the only person to believe in miracles.

It is not light that we need, but fire; it is not the gentle shower, but thunder. We need the storm, the whirlwind, and the earthquake. (Fredrick Douglass)